The new rules of the road

Get ready for driverless driving

Some innovations are adopted suddenly, their advantages so clear that they win fans overnight. Consider the smart phone, for instance, which went from gadget to essential appliance in less than 15 years. Other inventions take longer to catch on – not because people don’t see the advantages, but because they take a while to perfect, and because the world needs to be rebuilt to accommodate them.

At the moment, self-driving cars seem to belong to the latter category. While experts see plenty of benefits in autonomous vehicles, particularly in their potential to reduce the number of traffic accidents, the general consensus now is that their adoption will be gradual, at least in part because a variety of changes in the physical and legal infrastructure will be needed to accommodate them.

Insurance is one element of that infrastructure that might seem to require rethinking, but in fact, the current system should be able to accommodate robo-drivers relatively easily, according to Dr. Christoph Lauterwasser, Managing Director of the  Allianz Center for Technology  in Munich. 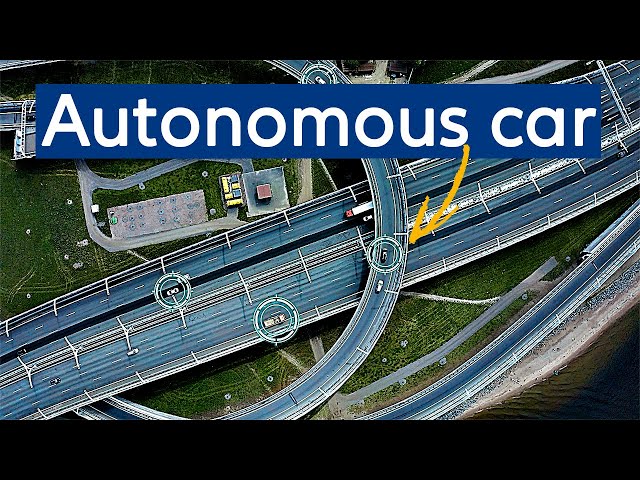 But who is liable if the vehicle causes an accident in automated mode and the owner, who is also the driver of the vehicle, is injured?

The fundamentals won’t need to change much in jurisdictions with no-fault automobile insurance, he explained. In Germany, for instance, the car owner’s insurance covers the liability for anybody injured by that car – even if the driver did not make any mistakes when driving. “The automobile liability coverage is really ideally fitted to cover the situation with automation. There should be no concerns regarding insurance coverage from that side,” Lauterwasser said.

A few novel situations created by driverless cars, however, will require policy adjustments. Currently, for example,  a driver who causes an accident while driving can’t file a claim for liability insurance. Rather, it is the people who may have been injured who can file a liability claim against the driver. But who is liable if the vehicle causes an accident in automated mode and the owner, who is also the driver of the vehicle, is injured?

“From a legal point of view, it’s a bit of a tricky situation: driver and owner are identical, but the vehicle is involved in an accident in automated mode,” Lauterwasser said. It’s a gap in current coverage, he said, but “not a big gap, and something Allianz can imagine to fill up.”

Determining how and when an accident happened will also change. On the one hand, it should be simpler as the vehicles will be storing data from various sensors around the time of an event. On the other, how will investigators know they have all the relevant data? That’s why Allianz is calling for legislation that will clarify the rules about a limited obligation to share automobile data, according to Lauterwasser.

Among other measures, Lauterwasser said, Allianz is advocating the creation of an independent data trustee that would maintain control over the relevant event and automated driving data and only share those records with people who have a need to see them, such as accident investigators and researchers. It’s important that the data remain common property. “These kinds of data are not only needed to clarify a single accident, they will also be needed to clarify accident research on what mode accidents occur in [driverless versus manual]…to create a measure of how many accidents occur in automated mode compared to normal drivers.”

How autonomous vehicles handle cross-border travel is another important issue being discussed within Allianz. “[W]hen crossing borders, these cars not only have to know all the relevant road signs and traffic rules and regulations, but it also has to be clear who is liable in the event of an accident,” said  Klaus-Peter Röhler  , CEO of Allianz Deutschland AG, at the  9th Allianz Motor Day  , a recent symposium in Munich on the legal and technical risks of autonomous driving.

Richard Watson  , Futurist-in-Residence at the Entrepreneurship Centre of Cambridge University’s Judge Business School, argues that driverless cars may also spawn a whole a new category of collective risk. One case in point: for a short time on September 22, 2020, Tesla’s mobile app and website went down, locking many Tesla owners out of their cars. “I can imagine more of these network problems where the whole system goes down and you can’t get in or out of a car,” said Watson. “Or a solar flare of sufficient intensity knocks out satellites, and we’ve completely lost GPS. For a while, not forever, just for a little while. But all of a sudden you can’t get anywhere.”

Some experts have speculated that the changing nature of automobile driving, particularly the growing availability of data, could lead to the disintermediation of traditional motor insurers by the car manufacturers themselves. Indeed, in the UK, Tesla has entered into a partnership to insure Tesla owners. Lauterwasser, however, doesn’t see much danger of that.

“Tesla's primary advantage is definitely that they have a lot of data from different markets,” said Lauterwasser. But there is more to insurance than risk assessment, he noted. “It’s also the handling of claims, it’s the experience, it’s being licensed in all the different markets. And it’s not typically a high margin business – it’s heavily regulated... I mean, for example, handling liability claims with severely injured people, that’s not something I foresee that for manufacturers will be so massively attractive.”

Overall, rather than a big bang of transformative change, Lauterwasser sees a gradual shift ahead, as robots and riders learn to live with each other: first, the incorporation of new safety features, then low-speed automation, then the roll-out of automated fleets, and finally, safer rides for everyone.

And lower insurance premiums? Maybe – at least for some. In five or ten years, Lauterwasser said, he could see two insurance tiers evolving. “I could imagine that at some point, very modern cars could have quite low insurance premiums because they are very well protected by safety systems and automation. And older cars that are still manually driven might have higher premiums,” he said.

The various levels of computer-assisted driving. Click on the image to open as a PDF.

But individuals might not be paying directly for much of that automated vehicle insurance. “If you look at high automation situations like robo-taxis, they will not be in private hands, at least not in the next few coming years, because these cars will be much more expensive than a normal car given the redundancy of the systems, the costs of the sensors and of managing the vehicles,” Lauterwasser said.

However, lower risk is not the same as no risk. While the numbers of traffic fatalities are expected to drop dramatically from their current levels of 35,000 annually in the US and 25,000 in the European Union as robots take the wheel, Lauterwasser cautioned that driverless cars can never be entirely risk-free. First, there will still be human drivers on the road for a long time yet, and second, severe weather can make driving hazardous even for the silicon-brained.

Watson, the Cambridge futurist, also advised caution.  “I think there’s a feeling with the public that these things, because it’s AI or something, they're going to work perfectly,” Watson said. “Well, don’t be ridiculous. My computer crashes all the time. They’re programmed by people that make mistakes, have biases and so on, so of course they’re going to go wrong. And you might argue, when they go wrong, they’ll go more wrong.”

The new rules of the road: Get ready for driverless driving

Allianz Partners will provide Uber’s Partner Protection program, covering independent drivers and couriers that use the Uber and Uber Eats apps across 23 European countries. The coverage includes on-trip benefits in cases of accidents, injury or hospitalisations, as well as off-trip benefits such as sick pay and maternity/paternity payments.