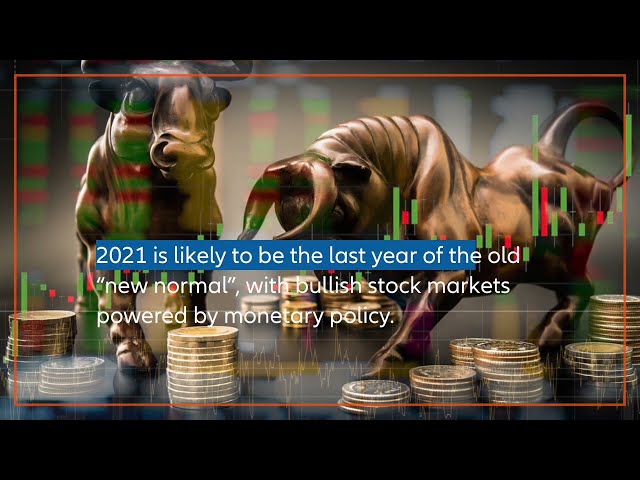 Also check out the interactive Global Wealth Map and listen to the podcast.

The unadjusted gender pay gap is a snapshot that shows the average differences in pay between all men and all women in the workforce. It stands at 15% in the EU.

Is the wealth middle class shrinking?

Is the middle class shrinking? The data suggest a heterogeneous picture, but genuine success stories are rare: In most countries, the situation of the middle class has deteriorated, especially with regard to its share of total wealth.

The results of our Allianz Pension Indicator, show that despite some recent reforms, the sustainability and adequacy of Latin America’s pension systems have hardly changed within the last two years.

The middle-income trap: inequality across countries after Covid-19

In 2020, Covid-19 narrowed the prosperity gap between rich and poor countries as the former were at first the most affected. But over the medium and long run, its consequences could hit emerging markets harder.

This is (Latin) America: The unequal cost of living

It is too soon to tell the long-term effects of the Covid-19 crisis on inequality in Latin America, but income and labor markets already seem to be Patient Zero.

Risk literacy and choices – stubbing toes in the dark

In the midst of uncertainty, risk literacy can help us make the right decisions in an informed way. To measure risk literacy during the Covid-19 crisis, we asked almost 7,000 people in seven countries questions related to numeracy and risk literacy..

The Asia-Pacific region has fared better than most other regions during the Covid-19 crisis: Economic activity is likely to have declined by less than -2% in 2020, compared to more than -4% at the global level and almost -8% in Latin America.

Growing pains: The future of incomes for lockdown Gen-Z

The youth labor market is highly sensitive to economic cycles, with young people more likely to be in precarious employment than any other age group. After the 2008 Great Financial Crisis (GFC), it took years to recover across Europe and it could take even longer to recover from the impact of Covid-19. The pandemic will hinder human capital accumulation, punishing young workers further and widening already present intergenerational inequalities.

France: Improved confidence to boost consumer spending by EUR10bn in 2021

Household confidence will play a key role in France's economic recovery from the Covid-19 crisis. But unlike consumption, confidence never recovered to its pre-crisis level even when the first lockdown was lifted. The confidence recovery could only gain traction as of Easter 2021, under the hypothesis of a larger scale vaccination campaign being implemented and continued fiscal support from the government.

French and German savers have many things in common: Their level of financial assets per capita is similar and its development over the last decade has been almost identical.

With the Covid-19 crisis, zero interest rates will become entrenched in Europe for the time being. Besides the (negative) long-term effects – rising inequality, distorted financial markets and misallocation of resources – there are also direct income effects.

Never in the last ten years were we able to report such a big increase in wealth: Worldwide, gross financial assets grew by 9.7% in 2019, clocking the strongest growth since 2005.

The paradox of inclusive inequality

The now popular narrative of ever-widening inequality is only telling half of the story. It neglects the huge strides made towards better participation from a global perspective as well as the improvements within many developing countries. 1.1 billion people form the global wealth middle class today, and global concentration of wealth fell below 80%.

In summer 2017, the ECB made a surprising move by releasing calculations on the net interest income of households in various EMU countries. According to the ECB's data, the income effects of the low interest rates were low in general (totaling up to 2% of GDP at the most), to the extent of being negligible in Germany. What is more, there were no signs of any pattern emerging with regard to the effects - with more positive effects on the (indebted) "south" of the continent and more negative effects on the (thrifty) "north".

In our latest report “Returns on private assets in selected EMU countries”, we investigate household savings behavior in nine European countries since 2003. In doing so, we are not only interested in the volume of savings but also in the contributions of investment income and value gains – the implicit yield on financial assets – before, during and after the crisis.