Coronavirus will keep the insurance industry in weak health this year. But the pandemic could accelerate emerging trends in the industry. Digitalization, ESG and Asia are some keywords to watch, says the latest Allianz Global Insurance Report...

When the clock struck midnight on December 31, 2019 there were the usual celebrations that accompany the arrival of a new year. 2020 had begun, full of hopes and cheer.

Six months later, the mood is different – to put it mildly.

If it were a person, the insurance industry’s feelings would reflect those of the world population. Despite having started 2020 on a solid footing – 2019 premiums growth was the strongest in four years - it now looks to a somber year ahead.

As economic activity slows in the aftermath of the coronavirus pandemic, premiums income is expected to shrink by 3.8 percent globally and by 4.7 percent in Western Europe, warns the latest Allianz Global Insurance Report.

However, 2021 might be better. Allianz economists forecast next year’s growth returning to the 2019 levels of 4.4 percent, driven by Asia.

As in all walks of life, the pandemic will change insurance too. Most importantly, it will accelerate digitalization in the industry, make sustainability a key factor, and speed up the shift of insurance power to Asia from the West.

It’s been a life-altering year so far. Sitting atop the list of reasons is Covid-19. Bringing life as we know it to a standstill, it took and continues to take lives and livelihoods.

Before coronavirus threw a spanner in all plans, the insurance industry was on a good track.

Gross premiums in 2019 grew 4.4 percent from the previous year to 3.906 trillion euros, driven by recovery in China and the United States. Life insurance (without health) had a better year than property and casualty (P&C), with growth rising to 4.4 percent from 2.8 percent in 2018. P&C growth slid to 4.3 percent from 5.4 percent.

Asia’s deepening importance in the insurance world was highlighted once again last year, when premiums growth in the region (excluding Japan) doubled to 6.8 percent. North America and Western Europe, the other big markets, too had a reasonably good 2019, with growth of 4.2 percent and 4.3 percent, respectively. In Western Europe, the ‘Big 4’ – the UK, France, Germany and Italy – cornered nearly three-quarters of the premiums of 1.063 trillion euros written in the region.

Expectedly, 2020 will have no such positive energy.

Should these forecasts materialize, the hit would be thrice as big as that after the global financial crisis of 2008, when global premiums shrank 1 percent. “2020 is lost to the virus, no doubt about it,” says Allianz chief economist Ludovic Subran.

Yet, there’s light at the end of tunnel. Once the world recovers in 2021, global premiums growth should settle at 4.4 percent over the next decade.

The history of insurance is a patchwork of bits and pieces from around the world.

As far back as 3rd millennium BC, Chinese traders used risk transfer and distribution methods as they took their wares through turbulent waters across the seven seas.

Symbolically returning to that legacy, Asia is emerging as the pivot for the insurance industry. “Asia was the region first hit by Covid-19; it will also be the region that recovers first,” says Allianz economist Michaela Grimm. “Higher risk awareness and pent-up demand for social protection will drive growth in the coming years, with China in the lead.”

Traditionally, the U.S. and Western Europe have dominated the industry, with respective share of 38 percent and 36 percent at the onset of the great financial crisis.

Since then, however, the trend has been shifting East.

In 2019, total premiums in Asia (excluding Japan) totaled 947 billion euros, half of which were in China. There’s much potential still to be tapped. Fast development and a growing middle class, coupled with relatively low insurance density, make China a lucrative market. Adding to its attractiveness is the fact that the Chinese market is a frontrunner in the application of Artificial Intelligence (AI) and data analytics.

“For the next couple of years, we expect double-digit increases in premiums in the Middle Kingdom,” says Michaela. “Up to 2030, China’s premium pool will grow by a whopping 777 billion euros – the market size of the UK, France, Germany and Italy combined. China and Asia will emerge even stronger than before from today’s crisis.”

However, this year won’t be pretty in Asia either. Premiums are expected to decline 0.7 percent, with life insurance shrinking 1.8 percent. P&C will grow slightly, by 1.9 percent.

Over the long term, average growth in Asia is seen at 8.1 percent until 2030. In comparison, Western Europe is forecast to grow at 2.2 percent and North America at 3.5 percent.

“After the challenging decade following the great financial crisis, a battle-tested European insurance industry proved remarkably resilient during Covid-19,” says Allianz economist Patricia Pelayo Romero. “The outlook, however, is less encouraging. As in other fields, Europe is falling further behind the U.S. and particularly, Asia.”

Asia (excluding Japan) is set to become the biggest insurance market by 2030, with a share of 35 percent versus 24 percent now. Meanwhile, the share of North America and Western Europe is forecast to shrink to 30 percent and 21 percent, respectively, from 34 percent and 27 percent now.

Experts know that for the insurance industry to survive, its future has to be digital and sustainable. Customers and investors demanding strong environmental, social and governance (ESG) strategies from companies is an accelerating trend.

It’s not an unreasonable request.

The coronavirus crisis has shown that sustainability and resilience go hand-in-hand. Besides screening long-term risks and improving investment returns as well as underwriting decisions, ESG acts as a business enabler. As companies increasingly implement ESG strategies, the demand for related products and services could rise.

Here, Europe has an advantage, points out Ludovic. “While Asian players lead in technology, European peers are ahead with ESG,” he says.

According to the economists, ESG affects not just the asset side of an insurer’s balance sheet but increasingly also the liability side. Incorporated in risk evaluation, it is becoming a decider for customers, suppliers, employees, regulators, analysts, and other stakeholders.

Going forward, underwriting decisions could take into account corporate clients’ behaviors related to environment, such as resource depletion, climate change, waste and pollution; to people – employees and local communities; and to corporate policies and governance including tax, corruption, structure, remuneration. Underwriters will also have to make clients aware of ESG-related risks and help them find adequate solutions.

The efforts could be well worth it: ESG could open up new market opportunities.

For a more detailed look into the expectations for the insurance industry and the opportunities, click here click here to read the Allianz Global Insurance Report. 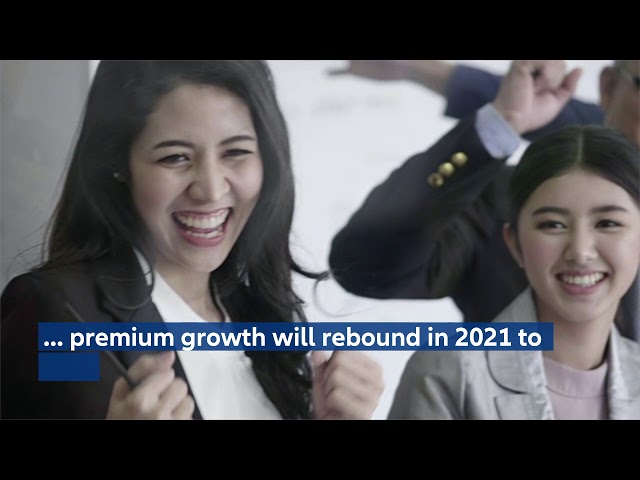 The new rules of the road: Get ready for driverless driving

Allianz Partners will provide Uber’s Partner Protection program, covering independent drivers and couriers that use the Uber and Uber Eats apps across 23 European countries. The coverage includes on-trip benefits in cases of accidents, injury or hospitalisations, as well as off-trip benefits such as sick pay and maternity/paternity payments.