Never in the last ten years were we able to report such a big increase in wealth: Worldwide, gross financial assets  grew by 9.7% in 2019, clocking the strongest growth since 2005. This performance is nothing but astonishing given the fact that 2019 was marred by social unrest, escalating trade conflicts and an industrial recession. But as central banks reversed course and embarked on broad-based monetary easing, stock markets decoupled from fundamen-tals and soared by 25%, lifting financial assets in the process: The asset class of securities increased by a whopping 13.7% in 2019; never was growth faster in the 21st century.

The growth rates of the other two main asset classes were lower – but still impressive: Insurance and pensions reached a plus of 8.1%, mainly reflecting the rise of underlying assets, and bank deposits increased by 6.4%. In fact, all asset classes clocked growth significantly above their long term averages since the Great Financial Crisis (GFC). Another peculiarity of 2019: Through all the years, the regional growth league table used to be dominated by Emerging Markets. Not so in 2019. The regions that saw the fastest growth were by far the richest: North America and Oceania where the gross financial assets of households increased by a record 11.9% each. As a consequence, for the third year in a row, Emerging Markets were not able to outgrow their much richer peers. The catch-up process has stalled.

The same story is about to repeat itself in 2020 – but only in extreme. As Covid-19 plunged the world economy to its deepest recession in 100 years, central banks and fiscal authorities around the world fired up unprecedented monetary and fiscal bazookas, shielding households and their financial assets from the consequences of a world in disarray. We estimate that private households have been able to recoup their losses of the first quarter and recorded a slight 1.5% increase in global financial assets by the end of the second quarter 2020 as bank deposits, fueled by generous public support schemes and precautionary savings, increased by a whopping 7.0%. Very likely, private households’ financial assets can end 2020, the year of the pandemic, in the black. 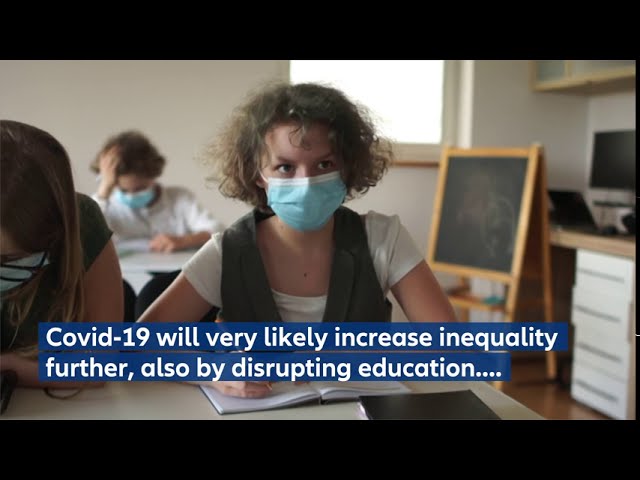 For the moment, monetary policy has vaccinated financial assets against Covid-19. But we should not fool ourselves. Zero and negative interest rates are a sweet poison. They undermine wealth accumulation and aggravate social inequality, as asset owners can pocket nice windfall profits. It’s not sustainable. Saving the day is not the same as winning the future. For that, we need more than ever structural reforms post Covid-19 to lay the foundations for more inclusive growth.

The wealth gap between rich and poor countries has widened again. In 2000, net financial assets per capita were 87 times higher on average in the Advanced Economies than in the Emerging Markets; by 2016 this ratio had fallen to 19. Since then, it has risen again to 22 (2019). This reversal of the catching-up process is widespread: for the first time, the number of members of the global wealth middle class has fallen significantly: from just over 1 billion people in 2018 to just under 800 million people in 2019. Looking at the development since the turn of the century, however, the rise of Emerging Markets remains impressive. Adjusted for population growth, the global middle wealth class grew by almost 50% and the high wealth class by 30% – while the lower wealth class declined by almost 10%. Despite this progress, the world remains a very unequal place. The richest 10% worldwide – 520 million people in the countries in scope with average net financial assets of EUR 240,000 – together own roughly 84% of total net financial assets in 2019; among them, the richest 1% – with average net financial assets of above EUR 1.2 million – own almost 44%. The development since the turn of the millennium is striking: While the share of the richest decile has fallen by seven percentage points, that of the richest percentile has increased by three percentage points. So the superrich do indeed seem to be moving further and further away from the rest of society.