With vaccinations rolling out across the world and stimulus packages starting to take effect, the post-Covid recovery period is an opportunity to build back greener. How are major regional players working together towards this common goal and what are they doing to accelerate this transition to green technologies?

A common misconception is that the loss of jobs and lives amid the Covid-19 pandemic has diminished concerns around climate change and slowed efforts around the most important topic of the century.

Reality, however, couldn’t be further from the truth.

A string of recent high-level efforts, including the ‘Leaders’ Summit on Climate’ convened by U.S. President Joe Biden on April 22-23, showed that many world leaders are determined to ensure the global economy recovers greener and more resilient from the pandemic.

At the summit, 40 world leaders as well as several top industry executives and civil society dignitaries were invited to discuss the climate crisis, including emission reductions, finance, innovation and job creation as well as resilience and adaptation.

In what Allianz considers as a recognition of the group’s contributions to the fight against climate change, CEO Oliver Bäte was among the invitees. “We need to move from ideas and aspirations to actions,” Oliver Bäte said in his address. “A lot of these plans have deadlines of 2050, but that is too far out. We need credible outcomes and credible actions over the short term.”

That said, as explored in a recent report by Allianz Research, some encouraging actions are evident in the hot race among China, the U.S. and the EU to develop green technologies. What are the efforts being made? More importantly, what do they mean for the planet and its people?

To get and stay on the right track, heavy investments into green solutions are required. The U.S., EU and China have each already included green commitments in their stimulus packages. According to the World Resources Institute (WRI), the U.S. has committed 30 percent of its overall package to green measures. The EU follows at 20 percent and China at 5 percent.

How will these affect the individual?

As production capacity for wind, solar and battery power is ramped up, new technologies will become more readily available and more easily accessible. Because the bigger the scale, the cheaper products become. “With new technologies, you have a tipping point,” says Markus Zimmer, Senior Economist at Allianz Research. “Economically, it will become cheaper and more sensible to have a car powered by a battery instead of one powered by a combustion engine.” Just as horses in cities were widely replaced by automobiles in the 1920s, not only because they became more affordable but also because of the demand for less pollution, particularly horse droppings in this case. A similar shift is likely to drive the exponential growth of and transition to electric cars.

Deloitte has the numbers to back that thinking. According to its most recent projection, electric vehicle sales will have reached 11.2 million by 2025 and 31.1 million by 2030.

Tesla, the world’s largest producer of electric vehicles, is already preparing to meet this increased demand. Its ‘gigafactory’ concept is a model for how to increase efficiency, while driving down the price of the technology. Inside a giant facility, Tesla ensures all steps of the process. The gigafactory houses everything from the actual manufacturing equipment to the self-driving algorithms needed to construct the motors and a powerful central control system to run it all. This vertically integrated approach is predicted to not only massively increase battery production but also create thousands of clean energy jobs. And once the price of battery technology production starts falling, adoption increases. “It’s really a self-accelerating process,” says Markus. “Once you have invested enough in the market, it keeps growing by itself.”

Even as Tesla works hard to increase production, innovation continues in the area of electric car battery.

China has maintained its dominance on the battery market. Its ability to produce at scale will continue to play a big part in accelerating the process and bringing down costs for consumers. However, the EU is projected to gain some ground over the next decade as it builds capacity. The U.S. hopes to trigger a surge in global battery demand with a $2-trillion Green Plan.

So what does this competition among countries mean for you?

As China, the EU and the U.S. invest in more green production capacity, the cost of technology will continue to fall for consumers in the long run.

That means you’re far more likely to be driving an electric car in the next ten years or using renewable energy at home. The periodical doubling of global capacity has already reduced the cost of green technologies but governments still have an essential role to play in bringing technology from the laboratory to the market. By providing substantial research funding as well as subsidies, they continue to encourage adoption of these technologies. With more countries and companies increasing their spending, innovation will only increase, making their adoption cheaper for the consumer.

However, the responsibility of fighting climate change is not just on businesses and governments. “To reduce emissions, we need commitment on every level – the nation, sector, company, municipality and, critically, every household needs to take action,” says Markus. 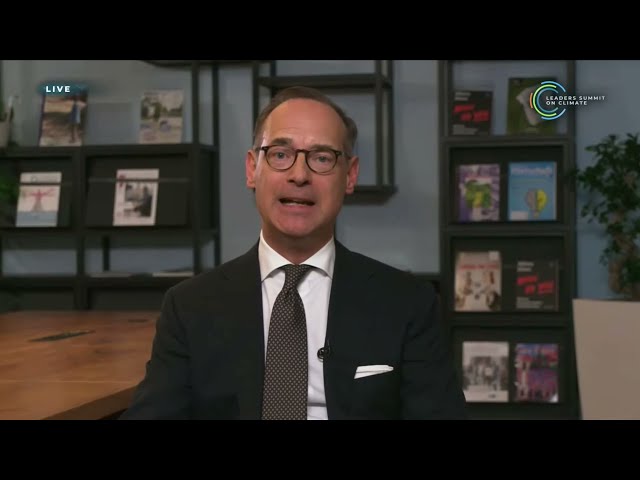 The Allianz Group is one of the world's leading insurers and asset managers with 126 million* private and corporate customers in more than 70 countries. Allianz customers benefit from a broad range of personal and corporate insurance services, ranging from property, life and health insurance to assistance services to credit insurance and global business insurance. Allianz is one of the world’s largest investors, managing around 716 billion euros** on behalf of its insurance customers. Furthermore, our asset managers PIMCO and Allianz Global Investors manage nearly 1.8 trillion euros** of third-party assets. Thanks to our systematic integration of ecological and social criteria in our business processes and investment decisions, we are among the leaders in the insurance  industry in the Dow Jones Sustainability Index. In 2021, over 155,000 employees achieved total revenues of 148.5 billion euros and an operating profit of 13.4 billion euros for the group.

*Including non-consolidated entities with Allianz customers.
** As of June 30, 2022

We spoke with Carsten Quitter, Group CIO, to discuss NeuConnect, a recent investment by Allianz in a power link between Germany and the United Kingdom, and how Allianz’s approach to renewable energy is developing

What is a sustainable investment? Allianz contributes to defining this under the EU Taxonomy framework

Jörg Ladwein, Regional Chief Investment Officer of Allianz Investment Management (AIM), has worked with the European Commission to bring greater clarity to what is a sustainable investment under the EU Taxonomy framework. In this interview, he talks about the final report on an extended Taxonomy and its significance in the transition of Europe to a net-zero carbon future.

Allianz Group is accelerating the deployment of its climate strategy and has announced new ambitious commitments in both its core business and operations. The company will limit the greenhouse gas emissions (GHG) deriving from Allianz’s sites and activities in over 70 markets to net-zero by 2030, instead of 2050 as originally planned.