Join Allianz World Runner Sydney Bailey on her journey to Ecuador, where she explores the ways in which the Emergency Preparedness Program helps local communities to cope with natural risks.

A picturesque mountain turns into a lava-spewing volcano - this is a fear children from the SOS Children's Village in Quito, Ecuador have to live with on a daily basis. World Run ambassador Sydney Bailey visited the community there - her task was to learn how Ecuadorians cope with the constant fear of a disaster - and how the Emergency Preparedness Program is supporting them with new resilience mechanisms.

A nervous state of mind

This year’s Allianz World Run raised half a million euros that was invested in emergency preparedness packages for 10 Children’s Villages in risk areas across the world. The packages help staff to build up coping mechanisms in the areas of child protection, water treatment, medical equipment, power supply and even psychological counseling, should a disaster strike. They also include supplies such as breathing masks, flash lights, clean drinking water and instant foods, among other items.

One of the pilot villages is located in Quito, at the foothills of the Cotopaxi volcano. The risk of an eruption hangs over those living in the surrounding area, all the time. The volcano has shown moderate levels of activity for the past decades, with two major earthquakes in 1999 and 2016.

Fifteen-year-old Milena, who studies at the SOS Children’s Village school, is yet to forget her experience with an earthquake in 2016. “It was April 16, exactly at 5:48 PM – I checked the time after leaving the classroom. Suddenly, I felt dizzy and my friend Isabel grabbed my arm. We were still for a few seconds until we realized that it was the floor that was shaking. The school siren went off. We had learnt in drills that we should move to open areas like the playground. Everything happened so fast. It felt like a bad dream.” 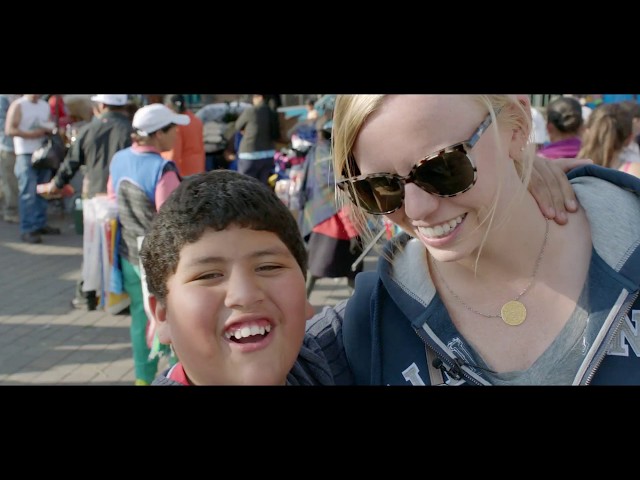 Allianz and SOS Children's Villages join forces in an innovative joint-program designed to tackle natural and man-made risks of SOS Villages around the world.

Discover all the other initiatives under the framework of Allianz' Encouraging Future Generations Program, aiming to improve the livelihood and agency of communities around the world.