In the aftermath of the coronavirus crisis, what’s the mood in Germany, France and Italy? More pessimistic than earlier believed, finds the latest Allianz Pulse. Surprisingly, digitalization has slipped in the priority list of these Europeans but climate change remains their concern...

We’re inching closer to the end of what has been a rather tough year. Is the worst of it behind us?

The global jury is still out. But a section of the Europeans seems convinced that there’s little to look forward to in the post-pandemic future. Checking the pulse in Germany, Italy and France, Allianz economists found that pessimism in the continent about politics, reforms and aspirations is deeper than previously believed.

It’s not just those directly hurt by the Covid-19 crisis feeling blue. An overwhelming majority of the 3,000-odd people surveyed said they were unaffected, at least economically, by the pandemic. In fact, many were even satisfied with how their governments dealt with the outbreak.

Yet, this did little to make them feel positive about the future.

There are suggestions that political apathy and euro skepticism are set to intensify in the region after the crisis. Bad news for digitalization too. Although the crisis highlighted the importance of achieving this goal set by the European Commission, digitalization has slipped on the priority list of many respondents. Thankfully, sustainability remains important to them.

A closer look at the findings of ‘Allianz Pulse 2020: The political attitudes of the French, Germans and Italians – Grim Expectations’...

The persistence of pessimism

The outbreak began almost as soon as the year did and spread across the globe with lightning speed. Beginning March, country after country went into lockdown to halt the contagion. The disruption was devastating for many economies and the aftershocks are still being felt. Job losses are piling up, many companies are struggling to stay afloat and all eyes are peeled on the dreaded ‘second wave’.

That people are feeling miserable is hardly a surprise. However, the extent of pessimism detected in the representative survey, which was conducted on 1,000 respondents each in Germany, France and Italy, was quite an eye-opener. As many as 81 percent of the French, 80 percent of the Italians and 59 percent of the German respondents perceived the current situation as ‘bad’ or ‘very bad’.

The future didn’t look brighter to them either - 81 percent of the respondents in France and 77 percent in Italy expressed a gloomy outlook. Even the Germans weren’t upbeat about what’s ahead, with 49 percent sharing the pessimism.

To wit: Most of the respondents said they had not been economically affected by the crisis – 62 percent in France, 65 percent in Germany and 57 percent in Italy.

However, age did play a role in the overall mood in France and Germany, with the young being a bit more confident about the future. Younger Italians, in contrast, shared their elders’ angst.

Assessment of the current economic situation

The crisis severely tested the solidarity between European Union members. After days and nights of haggling, EU leaders managed to agree on the EU Recovery Fund. However, the landmark step failed to convince too many respondents that it was an indication of closer bonds between EU nations.

A little over half the respondents in France and Germany and 61 percent of the respondents in Italy felt that the pandemic has driven a wedge between EU countries. Euro-skepticism has also intensified. EU skeptics are a majority now not only in France and Italy but also in Germany. Perhaps the view will change after the benefits of the EU Recovery Fund become apparent.

The decline of digitalization

Contrary to popular belief, the crisis did not boost the image of digitalization in the eyes of the Europeans surveyed.

At the peak of the coronavirus outbreak, digital services such as online shopping, video conferencing, streaming and even remote working kept people and companies going. You’d think the obvious show of the benefits of digitalization would convert the naysayers. No such luck.

The attitude to digitalization across the three nations remained unchanged from last year. Only a fifth of French respondents saw more benefits in digitalization, compared with 42 percent in Germany and 45 percent in Italy.

Understandably, data protection was a key concern. Despite data privacy laws, as many as 42 percent of the Germans, 37 percent of the French and 28 percent of the Italian respondents were worried about how their data is handled online.

In the immediate context of the pandemic, this concern prevented 38 percent of French, 34 percent of German and 27 percent of Italian respondents from sharing their personal data via a corona track app.

When Covid-19 devastated lives, livelihoods and economies, climate watchers worried that sustainability would take a backseat as countries and companies pick up the pieces.

Slim chance of that happening. For, climate protection remains a demand, at least in Europe. An average of 60 percent of the respondents in all three countries rated climate protection as one of the top three social goals for the continent. That said, 46 percent of French and 44 percent of German respondents were unwilling to pay more for eco-friendly products. More Italians were open to making their individual contributions to the cause, with ‘just’ 36 percent saying they would not pay a higher amount for such products.

While 43 percent of French, 44 percent of German and 48 percent of Italian respondents supported a hike of up to 10 percent for petrol, around a third of the respondents across countries outright rejected price increases and thus, the idea of a carbon tax.

In other priority topics, jobs were a major concern for the French and the Italians, while the Germans were rather worried about the housing situation.

The survey was conducted on 1,000 people in Italy, France and Germany about their views on political priorities, reform needs and aspirations. A total of 30 questions were asked, ranging from those on the current economic and political situation at the national and EU-level to globalization, digitalization, and climate policy. 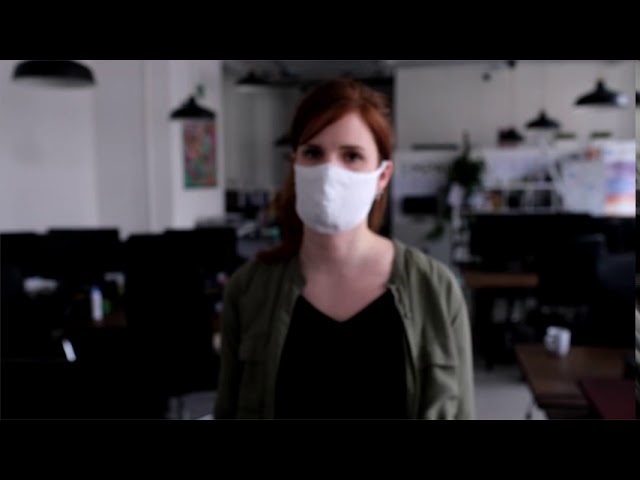 The Allianz Group is one of the world's leading insurers and asset managers with more than 100 million retail and corporate customers in more than 70 countries. Allianz customers benefit from a broad range of personal and corporate insurance services, ranging from property, life and health insurance to assistance services to credit insurance and global business insurance. Allianz is one of the world’s largest investors, managing 766 billion euros on behalf of its insurance customers. Furthermore, our asset managers PIMCO and Allianz Global Investors manage 1.7 trillion euros of third-party assets. Thanks to our systematic integration of ecological and social criteria in our business processes and investment decisions, we hold the leading position for insurers in the Dow Jones Sustainability Index. In 2019, over 147,000 employees achieved total revenues of 142 billion euros and an operating profit of 11.9 billion euros for the group.

A year to miss for several reasons, 2019 was also when global wealth jumped to a new record high. But not everyone benefited. And a positive trend towards financial equality reversed, according to the Allianz Global Wealth Report 2020...

Liability exposures for companies around the world are increasing. Factors such as rising litigation, collective redress and large court verdicts, costly and frequent recalls in the automotive and food sectors, the disruptive impact of civil unrest and riots in a growing number of countries, and environmental concerns such as indoor air quality and higher fines and remediation standards will likely impact businesses and their insurers in future, according to a new report from AGCS...

In the aftermath of the coronavirus crisis, what’s the mood in Germany, France and Italy? More pessimistic than earlier believed, finds the latest Allianz Pulse. Surprisingly, digitalization has slipped in the priority list of these Europeans but climate change remains their concern...