What would society look like in 2040? Noted futurologist Ray Hammond, in collaboration with Allianz Partners, presents the seven megatrends that will define the way we live, work and play in the next two decades...

“The future depends on what we do in the present.” A simple truth from a simple man we know as Mahatma Gandhi.

From the headlines these days, it’s easy to see that much is under way in our present. Digitalization is changing the way we live, globalization is transforming the way we work and climate change is putting a question mark on our very survival as a species. Some changes are swift, some are insidious.

In a report titled ‘The World in 2040’, noted futurologist Ray Hammond, in collaboration with Allianz Partners, identifies seven megatrends that will define the next two decades...

We are about 7.6 billion now. By 2040, we will be over 9 billion and by the turn of the century, 11.2 billion. The more, the merrier? Not quite. Earth’s resources are not multiplying at the same speed. How will we feed so many more mouths?

You’d think that there isn’t enough for everyone. Hammond disagrees. Truth is that 90 percent of agriculture today is at very low productivity levels and nearly half of the food produced is wasted in the distribution chains of the developing world. Higher farm productivity and lower waste can satisfy everyone’s hunger.

A bigger challenge will be potable water. Contrary to common belief, there is no paucity of fresh water, says Hammond. The tragedy is that most of it is at the poles, far away from where people are thirsting away. Low-cost, low-energy, small-scale desalination plants will be needed to quench the thirst of many developing nations in the future, with renewable energy having a key role to play.

Global warming? Who cares if it’s a few degrees warmer? Reality is hardly that simple; there’s a lot more at stake than a higher air-conditioning bill. Forest fires in California, typhoons in the Philippines, floods in China, heatwaves in India, mega-destructive hurricanes in the Caribbean and droughts in Cape Town and Australia are all warning signs. Such extreme weather events will become more frequent and more severe if Earth warms by 1.5°C by 2040, a possibility flagged by the UN Intergovernmental Panel on Climate Change.

Even areas that did not experience hurricanes, typhoons and cyclones in the past may have to prepare for super-storms. From China to Europe, governments as well as citizens are beginning to realize the importance of watching our carbon footprints.

We need energy to go into the future – literally! For that, we have to look beyond fossil fuels and use renewable sources such as the sun, the wind, biomass, hydro and geothermal sources.

Right now, only 8.4 percent of the world’s electricity comes from renewable sources. By 2050, nearly half of the needs will be met by renewable energy. Hammond sees the phenomenal progress in the field as the start of a renewables revolution.

In the past eight years, solar voltaic panels, which capture sunlight and convert it to electricity, have become 86 percent cheaper, while the cost of energy from offshore wind farms is down nearly a quarter. Solar panels have become twice as efficient and a large wind turbine is generating 40 percent more power. According to the International Renewable Energy Agency, these developments will make renewable power cheaper than that from fossil fuels by 2020.

Cost-effective storage, the missing piece of the puzzle, is coming close to being solved too with the development of batteries that store energy for cloudy and wind-less days.

Both technology and cost are moving in the right direction, says Hammond. The cost of battery storage systems fell by roughly two-thirds in the past five years while investment in their development is forecast to reach $620 billion by 2040.

Globalization has done more to reduce world poverty in the past 25 years than has foreign aid by rich nations since the end of the Second World War.

Over 1 billion people have exited extreme poverty and the global poverty rate is now lower than ever in recorded history. By 2050, poverty is expected to be eradicated everywhere except in Africa. We can safely say it could be one of the greatest achievements of our time and globalization is to thank for it.

Hammond dismisses fears that the recent U.S.-China trade dispute signals the end of globalization. The rest of the world is negotiating new deals and removing barriers that stand in the way. For example: the EU-Japan free trade agreement in February 2019 and the progress on the Regional Comprehensive Economic Partnership, the world’s biggest trade deal.

The wealth of health will be maintained differently in the future. Five revolutions will transform how medicine is practiced.

Together, these will revolutionize healthcare. In the future, individuals will collect their own health data, geneticists will eradicate hereditary illnesses, AI will diagnose diseases and treatments will be customized to each patient.

As smartphones get smarter, connectivity gets quicker and social media, sharing economy services and mobile payments gain ground, socioeconomic changes are inevitable. Traditional business models of industries such as hospitality, mobility and financial services are being challenged and digitalization is changing the way we work, play and even find love.

On the business side, the so-called ‘network effect’ inherent to internet-based businesses is giving startups a chance to get rich and successful quickly. But the future of employment has many worried.

Even though AI and automation will shrink workforces by 2040, the need for the human touch won’t die, says Hammond. There will be new avenues for employing humans. Think life coaches, tattooists, pet mentors, fitness trainers... Some of today’s most important jobs are not considered ‘work’ and pay no salary - motherhood, caregiving for family, being a homemaker or a child-minder. Such roles might be reassigned occupational value, Hammond says. As such, the range of services provided by humans will widen.

After the mid-2030s, the wave of digital disruption will have become overwhelming, according to Hammond. That’s when many people will be unable to find paid work. But machines will generate wealth and taxes on this wealth will fund societies. To wit, the world’s six most valuable companies today are in the technology sector. Robot taxes may fund a ‘Universal Income’ for those unable to find jobs.

Despite the positive impact of globalization, there are 2 billion people still trapped in extreme poverty in 58 nation states. With little access to electricity, education, healthcare and other basic necessities, they live in the shadows. Their plight has major implications for our future, warns Hammond. Going forward, the developed world will have to bear the enormous financial cost that failing and fighting nations will inflict on the global economy. Plus, people fleeing poverty will illegally migrate to rich nations, causing huge political and economic instability.

Given the consequences, abject poverty could become one of the defining issues of the century.

Ray Hammond on the megatrends of the 21st century 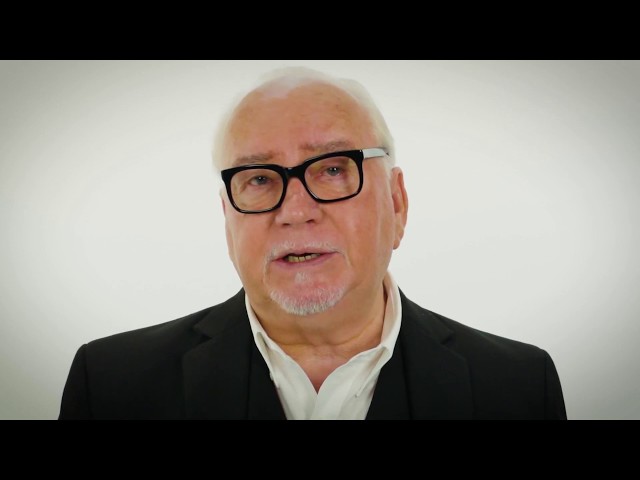 For a more in-depth look into the trends, click here for the detailed report.

The Allianz Group is one of the world's leading insurers and asset managers with more than 100 million retail and corporate customers in more than 70 countries. Allianz customers benefit from a broad range of personal and corporate insurance services, ranging from property, life and health insurance to assistance services to credit insurance and global business insurance. Allianz is one of the world’s largest investors, managing around 754 billion euros on behalf of its insurance customers. Furthermore, our asset managers PIMCO and Allianz Global Investors manage almost 1.7 trillion euros of third-party assets. Thanks to our systematic integration of ecological and social criteria in our business processes and investment decisions, we hold the leading position for insurers in the Dow Jones Sustainability Index. In 2019, over 147,000 employees achieved total revenues of 142 billion euros and an operating profit of 11.9 billion euros for the group.

The decade has changed, the challenges have not. But some of the pain of the past couple of years may be easing. In its economic outlook for 2020, Allianz Research lists its top 10 expectations from the year...

For the first time ever, Cyber incidents (39 percent of responses) ranks as the most important business risk globally in the ninth Allianz Risk Barometer 2020, relegating perennial top peril Business interruption (BI) (37 percent of responses) to second place. Awareness of the cyber threat has grown rapidly in recent years, driven by companies’ increasing reliance on data and IT systems and a number of high-profile incidents.

Euler Hermes Global Insolvency Index: Insolvencies to rise in 4 out of 5 countries in 2020

Global bankruptcies are still on the rise, implying higher export risks: this is the conclusion of the latest Global Insolvency Report by Euler Hermes, which covers 44 countries and 87 percent of global GDP and provides the last update of its Global Insolvency Index.