Few can deny that Chancellor Angela Merkel has benefited from Germany’s recent economic prosperity. But as Germany digests the results of the elections, it’s important to remember that measures are still required to enhance the country’s growth potential…

On September 24, Germany voted to determine who will rule the country for the next four years.

As expected, Angela Merkel won a fourth term as Chancellor. Under her leadership, Germany has been a beacon of stability, prosperity and reasonable government. Real gross domestic product has recorded annual growth rates of nearly 2 percent for the past three years. In many respects, the German economy has outperformed expectations. Unemployment has fallen more sharply than anticipated, and high inward migration has delivered strong economic momentum rather than increase joblessness, as some had feared.

Economically though, Chancellor Merkel has been fortunate. A recent Economic Insight by Allianz notes that the extensive labor market and social reforms of Agenda 2010, initiated by the previous Social-Democrat/Green coalition, have played a considerable role in the economic success story of the last few years. The reform package is credited with helping turn the German labor market around. Since the reform measures were introduced, the number of people working has risen by more than 4 million, while unemployment halved. This is despite the impact of the global financial crisis, the European sovereign debt crisis and the large influx of refugees.

“Such investment, however, is precisely one of the current weaknesses of the German economy,” the authors write. Both the public and private sector have long undergone a pronounced investment weakness.

For example, last year, investment by the German private sector in machinery and equipment had only reached a level last seen in 2007, the year before the financial crisis hit – despite GDP being 25 percent higher. Such low investment rates are hurting Germany. It is falling down rankings on digital and infrastructural competitiveness.

With Germany’s economy expected to continue to perform strongly after the elections, the authors argue that the new government should use the next few years “to lay the foundations for the country’s lasting economic success from a position of strength.” 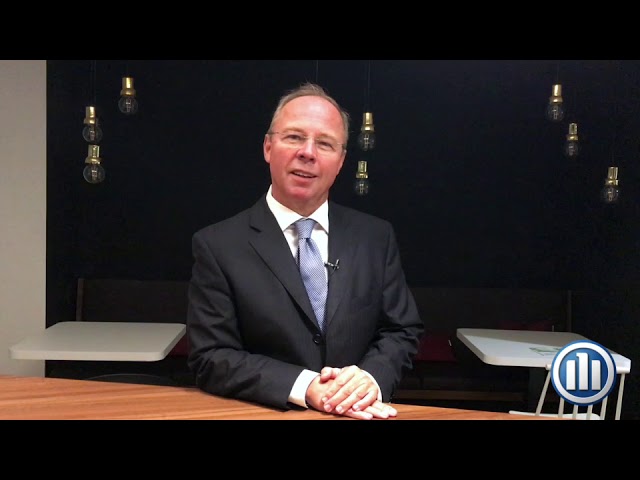 A core problem Germany faces is demographic. The reasonable economic growth of 1.9 percent since 2014 has been generated by an increasing number of people in work. But Germany is already Europe’s oldest country and as it continues to age, it will see declining numbers of Germans of working age.

The Bundesbank – Germany’s central bank – expects the increase in labor force potential to tail off over the next few years, before labor force potential begins to fall in absolute terms from 2020 and this assumes continued migration of refugees on the same scale as in 2017 and a further slight decline in migration from within the European Union. Without this combined labor force migration, which the Institute for Employment Research (IAB) puts at 1.3 million people from 2013 to 2017 (the net immigration amounts to almost 3 million), strong growth in the number of people in work would not have been possible.

Germany’s recent economic growth has been strengthened by high net immigration, but even this will not be enough to counteract the decline in workforce. The only way the economic growth rates of recent years can be sustained, maintain Eder and Schneider, is with an accelerated increase in productivity.

Reading the report, it appears an opportunity has been lost in the past few years to equip Germany for the future. Whoever wins next week, it should be assumed that past performance is no indication of future success. “Policymakers must take measures to increase the country’s growth potential. Should they fail to do so, demographic factors and their effect on the labor force will inevitably trigger a substantial fall in potential growth, significantly clouding the prospects of the German economy,” warns the report.

To raise growth potential, the government should implement economic policies to improve investment conditions for the private sector, including tax incentives for research and development spending, and remove bottlenecks in public investment. Ways should also be found of expanding and making better use of the potential labor supply, including promoting women’s participation in the workforce and a more flexible retirement age.

The Allianz Group is one of the world's leading insurers and asset managers with more than 86 million retail and corporate customers. Allianz customers benefit from a broad range of personal and corporate insurance services, ranging from property, life and health insurance to assistance services to credit insurance and global business insurance. Allianz is one of the world’s largest investors, managing over 650 billion euros on behalf of its insurance customers while our asset managers Allianz Global Investors and PIMCO manage an additional 1.3 trillion euros of third-party assets. Thanks to our systematic integration of ecological and social criteria in our business processes and investment decisions, we hold a leading position in the Dow Jones Sustainability Index. In 2016, over 140,000 employees in more than 70 countries achieved total revenue of 122 billion euros and an operating profit of 11 billion euros for the group.

Allianz: How Covid-19 is changing claims trends and risk exposures for companies and their insurers