Results
The results and related documents can be found in the download center.

Allianz delivered another quarter of robust financial performance, driven by strong growth in our Property-Casualty business. Our operating profit and group solvency ratio proved resilient against heightened volatility and a fundamentally weaker economic environment. We are well-positioned to manage the impact of high inflation and the economic pressures that are particularly evident in Europe. Allianz will continue to deploy our advantages of stability and scale for the benefit of our customers and shareholders.
Oliver Bäte
Chief Executive Officer, Allianz SE

Net income attributable to shareholders was 1.7 (2.2) billion euros, as a lower non-operating investment result more than offset the decrease in income taxes and higher operating profit.

Net income attributable to shareholders was 2.3 (4.8) billion euros, down from the prior-year period mostly due to a provision booked in the first quarter in relation to the AllianzGI U.S. Structured Alpha proceedings.

“Our numbers highlight the strength and endurance of Allianz. In a quarter marked by heightened inflation and market volatility, we achieved a very strong operating profit in the second quarter, which emphasizes our ability to successfully navigate rapidly-evolving situations. 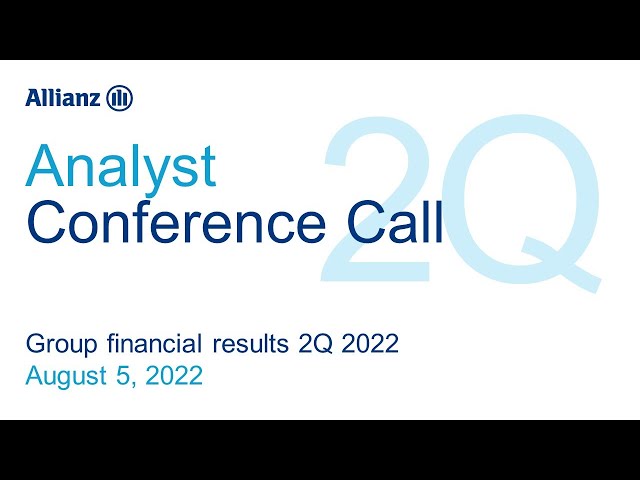 2Q 2022: Total revenues rose by a strong 16.2 percent to 16.2 (13.9) billion euros. Adjusted for foreign currency translation and consolidation effects, the internal growth rate more than tripled to 11.1 percent due to a price effect of 5.8 percent, a volume effect of 3.9 percent and a service effect of 1.4 percent. The main contributors to the increase were Allianz Partners, AGCS and Türkiye.

Operating profit jumped 21.1 percent to 1.6 (1.4) billion euros, due to strong growth in the underwriting result and the operating investment result.

The combined ratio improved by 0.3 percentage points to 93.6 percent (93.9 percent). Lower claims from natural catastrophes and a favorable contribution from the run-off result more than offset higher attritional losses due to normalization of claims frequency and impact of inflation in Brazil and Türkiye as well as weather-related events. The expense ratio was 26.8 percent (26.4 percent), mainly due to higher acquisition costs amid a change in business mix at Allianz Partners.

6M 2022: Total revenues surged 12.1 percent to 37.7 (33.6) billion euros. Adjusted for foreign currency translation and consolidation effects, internal growth was strong at 8.5 percent, supported by a price effect of 4.8 percent as well as a volume effect of 2.8 percent and a service effect of 0.8 percent. While many entities added to that growth, the primary contributors were Allianz Partners, Türkiye and Germany.

The combined ratio was 94.1 percent (93.4 percent) as the impact of higher natural catastrophes as well as weather-related claims and normalization of claims frequency was partially offset by a favorable run-off result. The underwriting result remained stable.

2Q 2022: PVNBP3, the present value of new business premiums, was 16.5 (19.7) billion euros, as higher sales volumes for fixed index annuities in the United States and higher sales in Taiwan did not fully offset the impact of a group contract renegotiation in Italy in 2021 and reduced transfer action for the Fidélité product in France.

Operating profit was 1.1 (1.3) billion euros, affected by volatile market conditions and a lower investment margin in Germany and the United States. The consolidation of the acquired Aviva operations in Poland had a partial offsetting impact.

The new business margin (NBM) jumped to 4.1 percent (3.2 percent), driven by an improved business mix, particularly in Germany and the United States. Higher interest rates also contributed to the margin expansion. The value of new business (VNB) rose 6.2 percent to 672 (633) million euros, mainly due to a better business mix.

6M 2022: PVNBP was 35.9 (39.2) billion euros, as higher sales volumes for fixed index annuities in the United States were more than offset by the impact of a group contract renegotiation in Italy in 2021.

Operating profit was 2.3 (2.5) billion euros due to an unfavorable market environment and a lower investment margin in Germany and the United States. Positive contributions came from higher loadings and fees and improved technical margin due to the Aviva acquisition in Poland.

The new business margin increased to 3.7 percent (3.0 percent), driven by a better business mix across entities. The value of new business grew to 1.3 (1.2) billion euros due to increased margins.

2Q 2022: Operating revenues increased by 0.8 percent to 2.0 billion euros as a result of higher AuM-driven revenues, partly offset by lower performance fees. Operating profit was 771 (825) million euros, down 6.6 percent from the prior-year period. Adjusted for foreign currency translation effects, operating profit was down by 14.8 percent. The cost-income ratio (CIR) rose to 61.8 percent (58.7 percent). 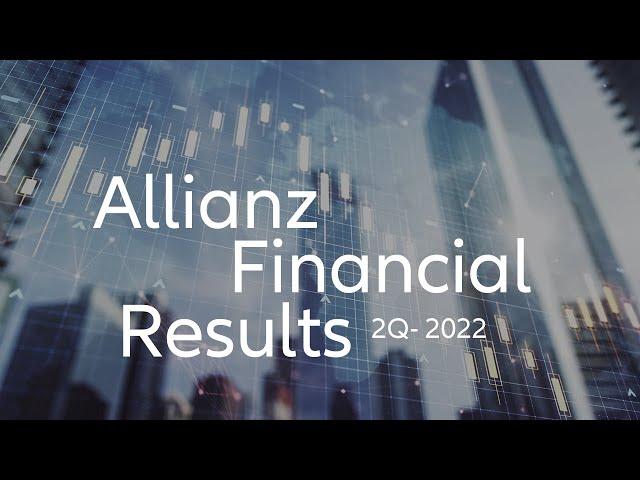 1 Excluding the application of transitional measures for technical provisions.

2 Natural catastrophes and adverse developments in the capital markets, as well as factors stated in our cautionary note regarding forward-looking statements may severely affect the operating profit and/or net income of our operations and the results of the Allianz Group.

3 PVNBP is shown after non-controlling interests, unless otherwise stated.

The Allianz Group is one of the world's leading insurers and asset managers with 126 million* private and corporate customers in more than 70 countries. Allianz customers benefit from a broad range of personal and corporate insurance services, ranging from property, life and health insurance to assistance services to credit insurance and global business insurance. Allianz is one of the world’s largest investors, managing around 716 billion euros** on behalf of its insurance customers. Furthermore, our asset managers PIMCO and Allianz Global Investors manage nearly 1.8 trillion euros** of third-party assets. Thanks to our systematic integration of ecological and social criteria in our business processes and investment decisions, we are among the leaders in the insurance  industry in the Dow Jones Sustainability Index. In 2021, over 155,000 employees achieved total revenues of 148.5 billion euros and an operating profit of 13.4 billion euros for the group.

*Including non-consolidated entities with Allianz customers.
** As of June 30, 2022

More information can be found in the financial calendar.

Allianz to book a provision with respect to risks relating to the AllianzGI U.S. Structured Alpha Funds in the financial statements 2021; Allianz resolves on new share buy-back of up to 1 billion euros

With respect to the pending court and governmental proceedings in the U.S. in relation to the Structured Alpha Funds, Allianz anticipates settlements with major investors in those Funds shortly. In anticipation thereof and in light of current discussions with U.S. governmental authorities, Allianz decided to book a provision of 3.7 billion euros in the financial statements 2021. Allianz SE has further resolved on a new share buy-back program for 2022.

Allianz will expand its current strategy to realize the value of its global scale for customers and shareholders. The ambitious targets underscore confidence in earnings power and ability to accelerate growth. Continued focus on purpose, talent, simplicity, and sustainability as performance levers.

Allianz SE today decided on the amendment of the dividend policy.