Allianz invites runners worldwide to join one of the largest global running events ever – and be part of smashing yet another world record. Seeking to inspire people to undertake recreational physical activity, Allianz has opened its annual employee event “Allianz World Run” to all walkers and runners outside of the company. It is taking place until October 24.

Exercise is important for a healthy lifestyle, yet the challenge of the future is to keep people moving throughout their life time. Since the 1960s, physical activity levels have dropped by 32 percent in the United States and by 20 percent in the United Kingdom. In China, they have dropped by 45 percent in less than one generation1. Researchers link a sedentary lifestyle to increased risks of heart disease, diabetes and cancer.

For this reason, Allianz is now opening its World Run, which has so far been a very successful event among employees, to all those who want to increase their fitness level and, at the same time help Allianz to raise funds for the SOS Children’s Villages. With the funds raised, projects related to education and emergency preparedness will be implemented in five SOS Children’s Villages, one project per regional team. Participation is simple: Just sign up on www.allianzworldrun.com and track your activity with the Runtastic app.

“As a company that cares about the communities we live in, we have a sincere interest in promoting physical activity to improve general fitness and health,” says Oliver Bäte, CEO of Allianz SE. “The Allianz World Run has proven to be an engaging way to work as a team and achieve this. Our colleagues showed commitment and endurance, running for a good cause. We now encourage all runners – from professionals to casual joggers – to join us.”

1 Findings presented in “Designed to Move: A Physical Activity Action Agenda” report and based on independent research commissioned by Nike, Inc. from Ng, S.W. and Popkin, B.M. (2012). See the report at designedtomove.org

The event also kicks off Allianz’s new three-year partnership with Runtastic, a company of adidas and one of the leading digital fitness platforms globally, to offer programs to encourage people to live a healthier lifestyle. Runtastic will provide the digital platform and app to measure performances during the 90-day World Run. The partnership also envisages other competitions and further challenges in the next three years.

For the World Run, the digital platform which is fully synchronized with the Runtastic app will provide a summary of the total workouts, total distance, achievements of the continental teams and unique editorial content from Allianz, Runtastic and SOS Children’s Villages. You can also connect selected GPS tracking devices to the app.

Allianz strongly believes in promoting healthy lifestyles. To support this, the company offers initiatives such as regular health check-ups, health helplines and health risk assessments, as well as coaching, fitness and nutrition videos. Allianz is also working with experts in the health and fitness sector, with Runtastic being the latest partnership in this segment. 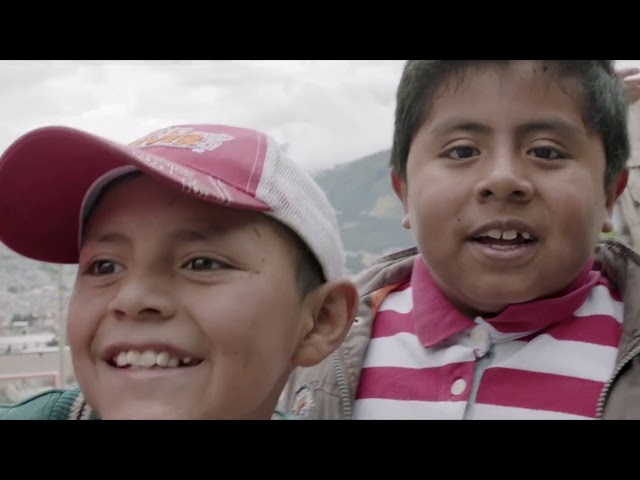 Running for a good cause

The 2018 Allianz World Run, which has the slogan ‘Explorers run the world’, will be held between July 26 and October 24. Runners have to choose which regional team they want to run for: Africa, Asia-Pacific, Europe, North America and South America.

Three leading runners from each region will get to visit the SOS Children’s Village supported by their teams. “We have been delighted in previous years to see so many runners, ranging from novices to veteran marathoners, joining the Allianz World Run,” says Norbert Meder, CEO at SOS Children's Villages International. “We provide 87,000 children and young people in 135 countries with a safe place to call home and strengthen the families of half a million more. Having a global partner like Allianz helps to make our work possible.”

Over the past two years, more than 22,000 Allianz employees from 55 countries ran 2.75 million kilometers during more than 375,000 workouts, smashing each year the record for the “longest cumulative distance2  run by one team in 90 days”.

Additionally in 2016, 8,470 photographs of the performances were clicked. They spanned 1,225 meters when laid out in a series, breaking the Guinness World Record for the "longest line of photographs".

2 Approved by the RECORDS INSTITUTE OF GERMANY, an institution examining top performances of all sports and approving records all over the world.

The Allianz Group is one of the world's leading insurers and asset managers with more than 88 million retail and corporate customers. Allianz customers benefit from a broad range of personal and corporate insurance services, ranging from property, life and health insurance to assistance services to credit insurance and global business insurance. Allianz is one of the world’s largest investors, managing over 660 billion euros on behalf of its insurance customers while our asset managers Allianz Global Investors and PIMCO manage an additional 1.4 trillion euros of third-party assets. Thanks to our systematic integration of ecological and social criteria in our business processes and investment decisions, we hold the leading position for insurers in the Dow Jones Sustainability Index. In 2017, over 140,000 employees in more than 70 countries achieved total revenue of 126 billion euros and an operating profit of 11 billion euros for the group.

Founded in 2009, Runtastic has rapidly grown into an innovative suite of apps, content and services that track and manage health and fitness data to motivate individuals to get in shape, stay healthy and improve overall fitness. In August 2015, the company was acquired by adidas Group.

With more than 253 million downloads and 132 million registered users, Runtastic’s mobile apps track distance, speed, pace, duration, heart rate, calorie consumption and route traveled (via maps) when running, biking or engaging in other fitness activities. The results can then be viewed directly within the app and also on Runtastic.com, where users see their online training history, get detailed data analysis and compare their progress with others. In order to provide guidance and motivation in all areas of health and fitness, the Runtastic portfolio also includes training plans and apps for bodyweight training, nutrition and step tracking, to name a few. Whether you are a novice or an athlete, Runtastic apps make living a healthy, active lifestyle fun and easy. Additional information can be found at Runtastic.com or you can follow us on Twitter, Facebook, Instagram or on the Runtastic blog.

SOS Children's Villages is the largest non-governmental organisation focused on supporting children without parental care and families at risk. Founded in 1949, the organization today runs 2,300 programmes reaching more than a million children and adults in 135 countries and territories. We adhere to the principle that every child grows best in a family environment, with loving parents or caregivers, living together with their siblings, in a place they can call home. We work with communities, local partners and authorities to support disadvantaged families to prevent family breakdown. We aim to influence decision-makers to promote the well-being of children, especially of those without parental care. We also help care for and protect at-risk children and families in more than 20 humanitarian emergencies.

What is a sustainable investment? Allianz contributes to defining this under the EU Taxonomy framework