With “Ask Anything” sessions and soapboxes, Allianz's Global Digital Factory is the place where a 127-year-old insurance company becomes a garage business...

Eventually, 3000 people will live in the vast area at the back of Munich’s Ostbahnhof and another 12,600 are expected to commute here daily for work. But today the area is one vast, cheerful construction site. Shipping containers, sprayed with wild graffiti, are stacked together to house a cafeteria and a Kölsch beer bar.

New companies have leased offices in a spruced-up factory hall next door, including Titaneon Media AG, where legendary soccer goalie Oliver Kahn works as an Internet entrepreneur. And all the way upstairs, there's Allianz.

The insurance company, founded in 1890, chose to set up its Global Digital Factory here. Along with sister-company Allianz X, the combined entity is a proving ground for digitalization. The GDF's campus-like environment is intended to instill the entrepreneurial spirit of Silicon Valley into the Munich-based company.

There's nothing about the digital factory, with its 35 employees, that's reminiscent of the sober office atmosphere of an insurance company. There’s an open kitchen complete with espresso bar, offices and quiet areas, rocking chairs and lounge furniture, a stepped auditorium used for "town hall” meetings that include "Ask Anything” sessions – all of it planned by two famous design studios.

Solmaz Altin, the Chief Digital Officer at Allianz, delights in guiding visitors through the gymnasium-sized loft – including past soapboxes from the latest team event. The relaxed work atmosphere is nothing new to the 43-year-old executive. There were 20 floors similar to this at Allianz Turkey in Istanbul, he explains, where he was previously CEO.

As far as "digital transformation” is concerned, Allianz has already gathered vast experience on the Bosporus. "Some of the digital innovations for developing new insurance were tried out first in Turkey years ago,” the German-born Turk from Krefeld explains.

Allianz is developing products today on the basis of customer needs based on ideas originating in Turkey. "We developed the CX method that allows us to gather customer feedback in a more granular form than before,” says the head of digitalization. CX stands for ‘Customer Excellence.' “Before we develop a new insurance product, we draw on the results of a customer survey. We began rolling out the CX model throughout the Allianz Group in 2015.”

Altin's job has only existed since Oliver Bäte took over as CEO with the promise that he would modernize Allianz. At that time, two years ago, Bäte set up his "Renewal Agenda,” which aims to deliver more growth, lower costs and a complete digitalization. By the end of 2018, claims and costs are no longer to consume more than 94 percent of premium income, return on equity is to be 13 percent and earnings per share to rise by 5 percent a year.

Those are the targets. And, Altin is the one charged with bringing about the digital transformation. Apart from the Digital Factory, there is also Allianz X - a "company builder" and investor - which identifies new business models in the insurtech scene, develops them, scales them up globally and supports the creation of startups. The Group has funded the unit handsomely for this purpose: 430 million euros will go into funding Allianz X.

Learning from the startups

"We've defined five ecosystems for ourselves – mobility, health, the smart home, asset management and artificial intelligence,” Altin says. "We talk in terms of game plans and have scouting units for each field that look at around 1000 startups all over the world every year.”

A few initiatives are already underway. Allianz X has invested in car broker Abracar, for example. This startup works like an online agency that provides full marketing for a used car – with photos, ads and closing the sale. "We've invested in seven other companies similar to Abracar and have a good many more in the pipeline. And we have enough funding to keep financing our startups' growth.”

Allianz can afford some missteps on its investments. As Altin explains, the Group wants to learn from startups, which may sound peculiar at first. Allianz has 85 million clients and nearly 150,000 employees in 70 countries. It manages EUR 1.5 trillion for its policyholders and investors – four times the German federal budget. Allianz is a global corporate group, yet it's comparing itself to garage businesses?

At Allianz X, this does not seem odd at all. Executives like Altin know that new developments can start in small structures and then have a revolutionary effect. In fact, the revolution in insurance is already in full swing.

For years now, more and more people have been buying insurance over the Internet. Young companies like Clark, Getsafe and Knip promise customized solutions. They offer consumers digital insurance folders with a survey of all their contracts. They sell policies via an app on the smartphone. That's simple and convenient for the customer – and extremely risky for the insurer, because it loses contact with the customer. Someone insured with Knip or Getsafe often may have no idea which insurance company actually holds their policy.

That's of concern to Allianz – it wants to keep new competitors at arms’ length. Advancing digitalization is also heightening the concerns of the 8000 Allianz agents in Germany that customers will soon buy car insurance the way they buy a best-seller from Amazon.

Altin and his digitalization crew are preparing the entire Group for this new age. They're developing new products that make the experience as easy as possible for customers. And they're experimenting with voice-controlled computers like Amazon's Alexa. ” 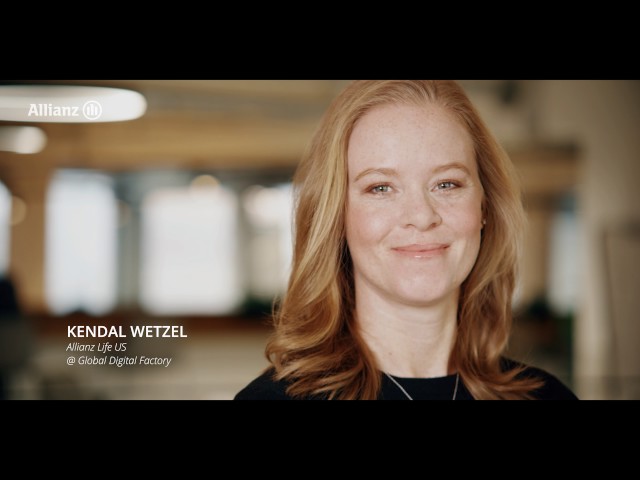 Prototyping and rolling out

"Right now we're working on combining home contents insurance with other modular products. For example, a customer can ask Alexa whether a bike theft is covered, Alexa can check the Allianz file and, if not, Alexa can name an additional price and broker the contract,” says Altin. "The prototype is already working, and now we also want to put it onto a platform for other devices. After that, we will get it on the market through one our operating entities.”

What will the role of Allianz agents be in the digital world? "It's not always meaningful to distinguish between millennials and older people,” says Altin. “Lots of customers use the Allianz app and find things out online. But they still want support from an agent. We need to make sure the quality of our consulting is still right.”