About a billion people do not have access to clean drinking water. Ashok Gadgil's and Vikas Garud's UV water disinfection device offers an effective solution for water purification.

In July 2010, the UN General Assembly pronounced that access to safe, clean drinking water is a basic human right. This declaration came in response to the extreme need for water purification systems. Currently, water-borne diseases, caused by unsafe drinking water, result in the deaths of 2 million children and infants each year, almost exclusively in poor populations of developing countries.

Various water purification systems exist, but their cost and requirement for a pre-existing infrastructure prevent them from being available to the developing world.

One method of water purification derives from exposing water to UV light. These systems consist of a UV lamp encased in a quartz or Teflon cover which is then placed underwater to disinfect the water supply. These systems are costly due to their need for elaborate pump systems. The lamps also demand extensive maintenance because of accumulation of residue.

Ashok Gadgil and Vikas Garud modified this system. Their device is as effective as the predecessors but come at much less a cost. Gadgil and Garud decided to place the UV lamp above water tanks, instead of submerging the devices underwater to remove the problem of residue. Their design also uses gravity and a carefully planned hydraulics design to ensure even water flow, eliminating the need for a pump system. 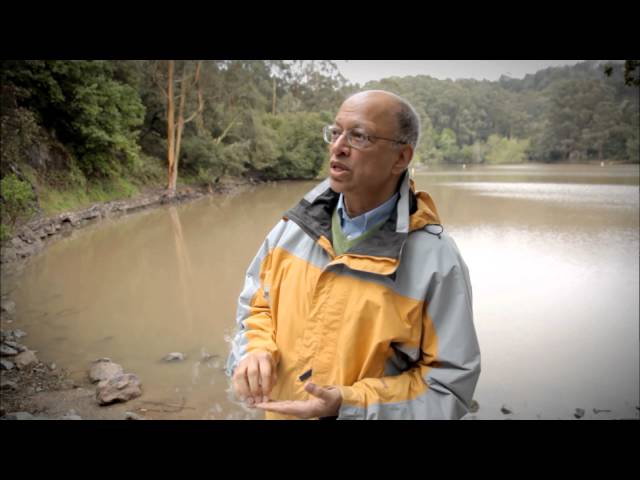 The new UV disinfection device is smaller and less energy-consuming than earlier systems. The much lighter system requires only a 40 watt UV light bulb to disinfect 1,000 litres of water per hour. It can be used with a car battery or a small photovoltaic panel for power in remote areas where electricity is unavailable.

By 2010, the systems had been installed in more than 10 countries and were bringing clean water to more than 2 million people.

Ashok Gadgil teaches at UC Berkeley and is the Director of the Environmental Energy Technologies Division at the Lawrence Berkley National Laboratory. He also creates inventions for development aid projects. Thousands of his energy efficient cook stoves are used by refugees in Darfur, and his process for removing arsenic from drinking water will be pilot-tested this year in India.

For their water purification system, Gadgil and Garud won the European Inventor's Award 2011 in the category Non-European countries.

This could be interesting for you

A new weapon to fight cancer

Water scarcity blights the lives of millions. Learn about 9 innovations that could help them get the safe water they need.
Read more

How to invest in clean water solutions

Water is one of the world's most essential resources, and investing in companies that are developing technologies to improve the supply, efficiency and quality of water may be a growth opportunity.  This infographic from Allianz Global Investors illustrates some of the facts and figures related to investing in water.
Read more