Dickson Despommier has for over a decade argued that we should grow food in city skyscrapers. Could this herald an entirely new urban food system?

Dickson Despommier: A vertical farm is a multiple story greenhouse.

Last year this was still just a theoretical construct, an idea I conceived 11 years ago, but now there are three vertical farms in existence: in Seoul, South Korea, in Kyoto, Japan, and in Den Bosch in the Netherlands.

These demonstration projects all use LED grow lights, they all have some degree of automation but also require some labor because there is a nursery associated with each one. They all seem to favor growing leafy green vegetables to begin with but are experimenting with other vegetables.

What is your concept for vertical farming?

My original vision was much larger: buildings up to 20 stories tall growing a variety of crops including aquaculture and perhaps poultry. You would also have ancillary buildings for a nursery to start the crops from germination, for testing labs, a market, and maybe an associated restaurant.

I fully expect there to be communities of buildings integrated with one another, sort of like a little village. That’s my vision.

Dr. Dickson Despommier, Professor of Public Health in Environmental Health Sciences at Columbia University: "You could have food production centers on top of your own building and set up communities of urban farmers, and this is a way of cutting energy usage".

That vision requires a lot of space; is there enough in today’s cities?

All cities have a certain amount of properties that go unused, abandoned lands used for manufacturing in the 19th and 20th centuries and never redeveloped.

In New York City, we have a three-square-mile former air force base that is not used. In Chicago, the stockyards where they used to slaughter cattle are no longer used, that’s about one and half square miles of land.

How does vertical farming work?

Hydroponic farming, or soil-less farming, has great potential. That’s because cities use a lot of water and discard it. That discarded water can be recovered and reused for hydroponic farms, using some inedible plants to filter the water to make it pure enough.

Recycled water is best but it isn’t strictly necessary because hydroponic farming uses so little water anyway. I don’t think it would be a strain on the city water system. 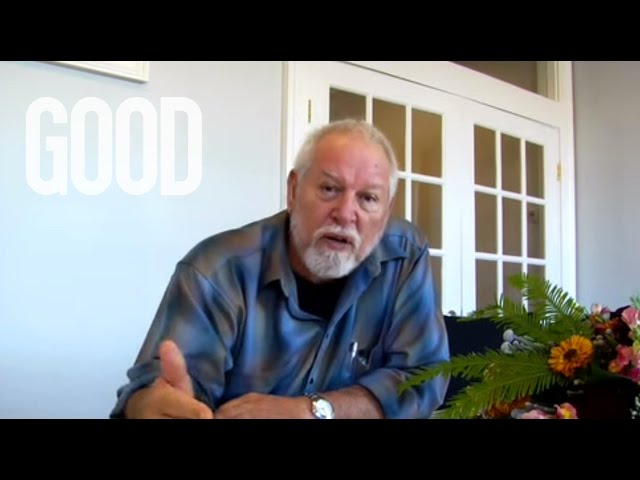 How much food could a vertical farm produce?

I actually asked my class to calculate that. Based on my demand to feed 50,000 people a balanced diet of 1500 calories per day they came up with a building 30 stories tall with a footprint of one square New York City block.

That would probably be about the biggest building in the world right now and to feed New York you’d need about 120 such buildings.

So vertical farming can only be a supplement to conventional agriculture, not a replacement?

When you break a city down into little parts, however, and put a three or four storey vertical farm on top of an apartment block it becomes possible to feed the 300 to 400 people living there.

How would a vertical farm affect city life?

You wouldn’t need a car to go shopping. You could have food production centres on top of your own building and set up communities of urban farmers, and this is a way of cutting energy usage; a green roof saves energy because you don’t have heat escaping.

How many people would vertical farms employ compared to conventional farms?

Conventional farms employ hardly any people; I envision vertical farms employing many more. The nurseries will require lots of labor, monitoring the plants will require people, there could be a greengrocer and a restaurant, and more jobs if you’ve got value-added food manufacturing associated with the farm.

What are the biggest technical challenges for vertical farming?

The biggest drain would be the power the lighting requires. That depends on design and location.

Iceland, for example, has so much geothermal energy it could use all the lighting it needed for vertical farming. The same operation in the Middle East could make use of the tremendous amount of sunlight and use solar panels for energy. But other countries would have to think hard about where the energy is coming from.

There is one other approach that nobody is using and I think is the future. Human faeces contain a lot of energy that we could use to run grow lights in vertical farms.

New York City defecates the equivalent to 900 million kilowatt hours in electricity every year, yet we spend billions of dollars trying to throw that stuff away when we could get energy from it by incineration. It’s like draining the gasoline from the engine of your car.

What political changes are needed for this vision of integrated water, sewage, energy and agriculture to become reality?

The first thing is to get everybody who lives in that city to agree to it, it has to occur from the bottom up. I think there has been tremendous pressure on cities to allow people to grow their own food, which requires rezoning laws.

That’s very difficult to get city boards to do. Even in a green, progressive city like Portland, Oregon it took six months debate to allow a building to have a greenhouse on its roof. There is as always a certain resistance to change.

This could be interesting for you

A low-carbon alternative to concrete

Discover how the architects of yesteryear adapted buildings to their local environment.
Read more

Seven amazing cities of the future

Belgian architect Vincent Callebaut has come up with some futuristic concepts of what the green cities of tomorrow might be like.
Read more