The “Allianz Pulse” is an annual report to check the pulse in Germany, France and Italy. For its third edition, a representative sample of 1000 people in each country was surveyed about their views on political and economic issues, as well as their expectations for the future.

Our participants don’t see programs such as Next Generation EU as a game-changer. Only 27% of all respondents believe that the Covid-19 crisis will strengthen solidarity in the EU (Germany: 23%, France: 27%, and Italy 30%; see table). Part of the explanation could be information deficits. As many as 26% of all respondents stated that they had not yet heard of the programs. This proportion reached 33% in France and 30% Germany; in Italy, on the other hand, the biggest beneficiary of EU funds, it was only 15%. Against this backdrop, the overall approval rate of only 30% for the EU measures combating Covid-19 comes as no surprise. As a result, EU skepticism hasn’t crumbled yet. As before, there are more respondents that see more disadvantages than advantages in EU membership. Only, in Germany, there is a slight majority of EU proponents. The EU remains unloved by many, despite the billion euro of grants to support the recovery. The dissatisfaction runs deep. It is fueled by the perceived gap in national economic performance. While two thirds of respondents in France or Italy are gloomy about the future, only around one third of German respondents feel the same. This lack of economic convergence is frustrating – and this frustration is directed against the EU. It’s not entirely fair but old beliefs die hard. 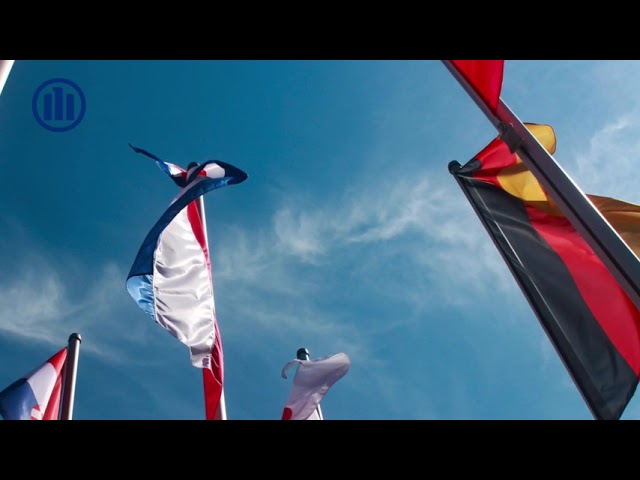 There is little agreement on the course of decarbonizing the economy i.e. in terms of pace and instruments. Only 28% of all respondents agree with the goal of reducing emissions by 55% by 2030 (France 23%, Germany: 28%, and Italy 35%; see table). However, the reasons for rejection vary widely: 27% of all respondents think the target is not ambitious enough while 31% think it goes too far. CO2 prices – which are generally considered the most effective means of combating global warming – are the least preferred instrument: Only 9% of all respondents agree with this (Germany: 8%, France: 9%, and Italy: 11%). The widespread rejection of CO2 prices as steering instruments also becomes clear when asked directly about a CO2 tax. Only 20% of all respondents would be prepared to accept price increases of 10% and more (France: 14%, Germany: 22%, and Italy: 22%). While there is correlation between support for a CO2 tax and age, the income level does not seem to play a role in the assessment of the tax. Responsibility for the climate ends at one's own wallet – regardless of how big it is.

Attitudes towards digitalization have hardly changed. As before, more respondents see more opportunities than risks in digitalization. But the number has not budged and with 35% remains well below the 50% mark: the majority remains skeptical or undecided about digitalization. One reason for the widespread skepticism about digitalization may be that only a few respondents actually feel well prepared for the digital world. Only 30% of all respondents say they are (France: 27%; Germany: 30%, and Italy: 34%). The rest complains about infrastructure problems (24%), a lack of skills (15%) or unaffordable equipment (10%); moreover, 10% refuse to embrace the digital world altogether. These results are really surprising. The lockdowns were a showcase for the blessings of digitalization. Digitalization is now everywhere – just not in people’s hearts. Skepticism prevails. It seems that old fears die hard.

50% of all respondents hold the view that their society is still suffering from the aftermath of the refugee crisis (Germany: 45%, Italy: 51%, and France: 53%). These results have consequences for the options available to policymakers today. Despite Europe facing a sharp decline in its working population, only 13% of all respondents support an active immigration policy (France: 9%, Italy: 11%, and Germany: 18%). Rising debt levels are a big concern. Only 13% of all respondents share the view that debt is not a problem at present, thanks to low interest rates (Italy: 12%, France: 13%, and Germany: 14%). The vast majority advocate a policy of debt reduction, with spending cuts (28%) and growing out of debt (41%) being the favored instruments. Higher taxes enjoy by far the lowest popularity: only 8% of all respondents would consider them.

Listen to the podcast